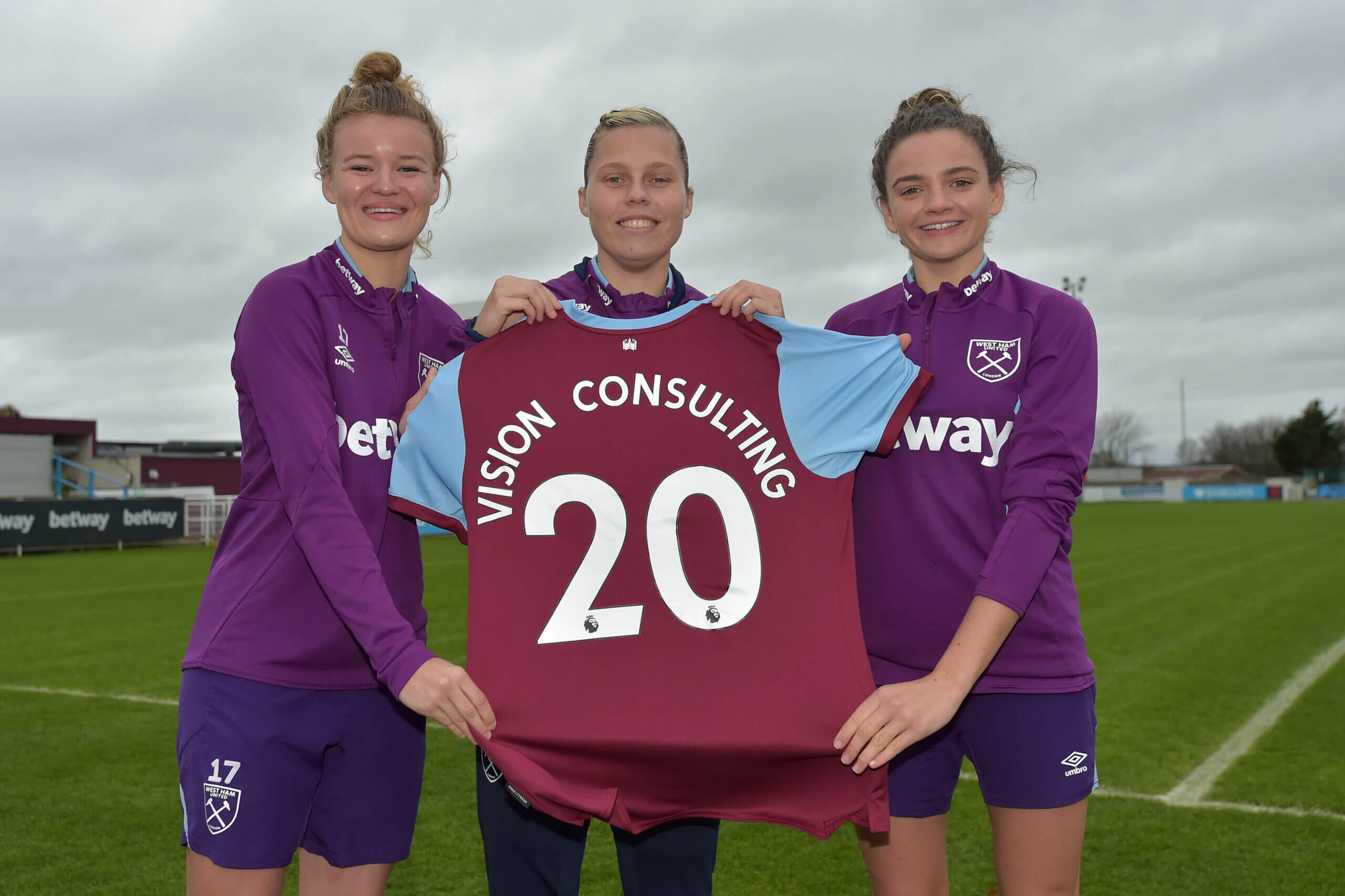 Vision Consulting is also supporting disabled sportswomen together with the charity Path To Success, helping athletes prepare for the Tokyo 2020 Olympics.

“It is a pleasure to welcome Vision Consulting and their managing director Ghulam Alahi to West Ham United women’s team,” Sullivan said. “West Ham holds a special place in Ghulam’s heart, and he shares in our vision of developing not only a competitive West Ham team, but also women’s football as a whole.

“I am looking forward to working with Ghulam and Vision Consulting in the months and years to come.”

With offices in the City of London, Mayfair and Ilford, Vision Consulting serves clients from all over the globe, but shares its roots in east London with the Hammers and is delighted to be supporting the team as it continues its Barclays FA Women’s Super League journey.

Vision Consulting Managing Director Ghulam Alahi said: “It’s really exciting to become a partner of the West Ham United women’s team. I believe that women’s football is going to experience incredible growth over the next five to ten years, and we’re looking forward to being with West Ham on that journey.

“Vision Consulting and West Ham United share many of the same values. I was brought up in east London so West Ham is very close to my heart, and being from the area where we started off makes it the perfect club to partner with.

“The club have already enjoyed a great deal of success in a short space of time since joining the WSL, reaching the FA Cup final last season. It has a track record of performing really well and can only get much better in the future.”

Alahi is also joining the Vice-Presidents of the West Ham United women’s team and is looking forward to encouraging fellow members of the Asian community to pursue careers in football.

With the recent launch of BAME Hammers, an official independent West Ham United supporters group that gives a collective voice to all Black, Asian and Minority Ethnic fans, Alahi is hopeful of helping them achieve their aim of seeing more BAME representation across all levels of football.

“It’s really exciting for myself to come on board as a Vice-President too,” he added. “I discussed that with Jack Sullivan and he will be seeing me a lot going forward! We can bounce ideas off each other and achieve something special.

“We’re also looking forward to working with people from the local Asian community and encouraging them to get into football. In the past, they might have been encouraged to go into different professions, but we want to try and change that and help involve BAME football supporters get into the game.”