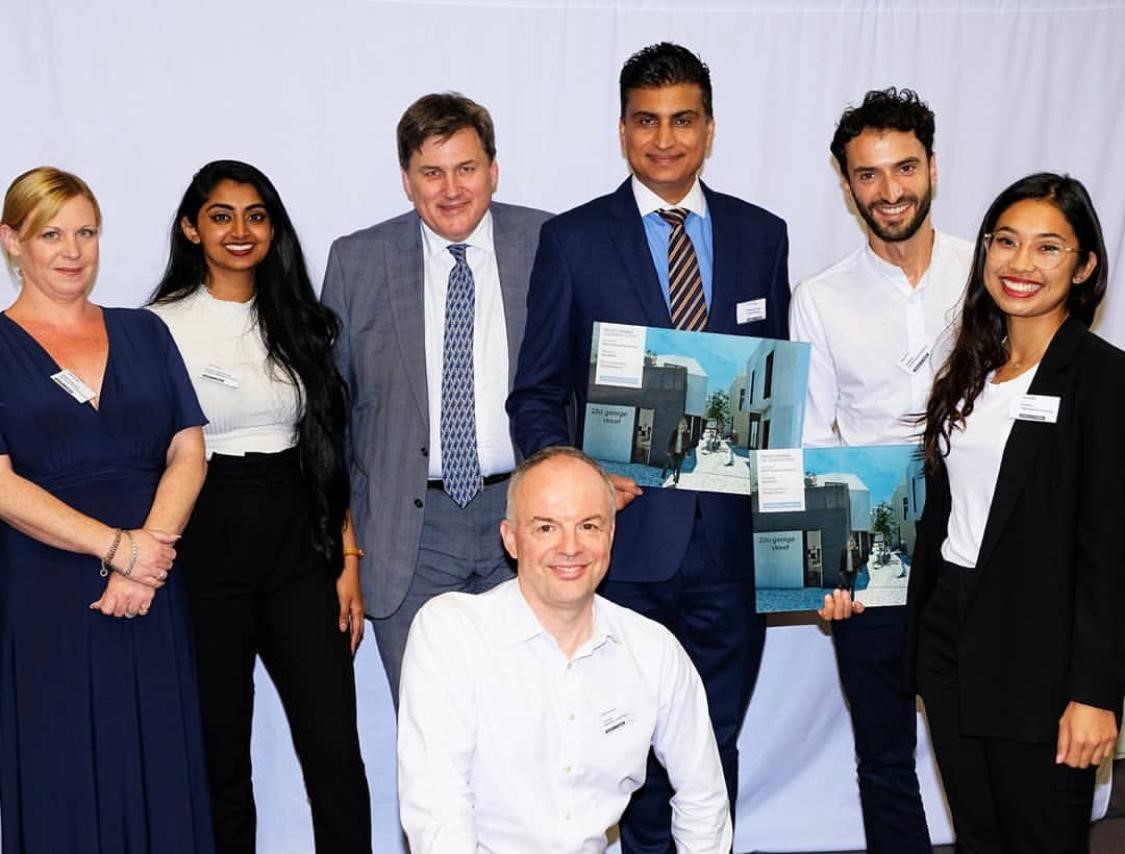 It’s been a month of positives for Vision Consulting. One of our property development clients, Assetrock, are celebrating ! Their scheme for 23 George Street, Croydon was selected as Project Winner for the 2019 Housing Design Awards

The proposed development creates a new through mews providing a pedestrian route, enhancing the urban experience between two primary retail areas in Croydon, George Street and the Whitgift Centre.

It embraces the concept of streets for all and allows for a pedestrianised oasis in a congested urban location. The design has been developed with a landscape designer and the Metropolitan Police to ensure the security of the public.

The team collected the award from Minister of State for the Home Office, Kit Malthouse MP – former Housing Minister. The award was announced by Esther Kurland, Director Urban Design London. Our team also presented the project during a special seminar to highlight the innovative ideas. 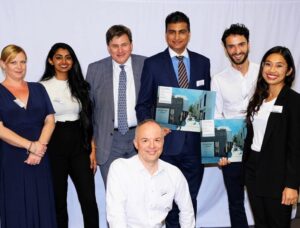 Assetrock director Ghulam said; ‘We’re delighted to have been nominated and thrilled to win the Award. It was great to be part of such an innovative project. We have a vision and want to support the regeneration in Croydon and appreciate the support Croydon Council have given us.’

During initial pre-planning discussions in 2017 different design proposals were issued on the council for comment. The council responded positively to the mixed-use scheme with expressed roof forms and encouraged a new thoroughfare through the site.

The scheme will be a positive addition to the Croydon town centre providing a vibrant work-live environment, which can improve the pedestrian connectivity and enhance the urban experience between George Street and the future shopping centre.